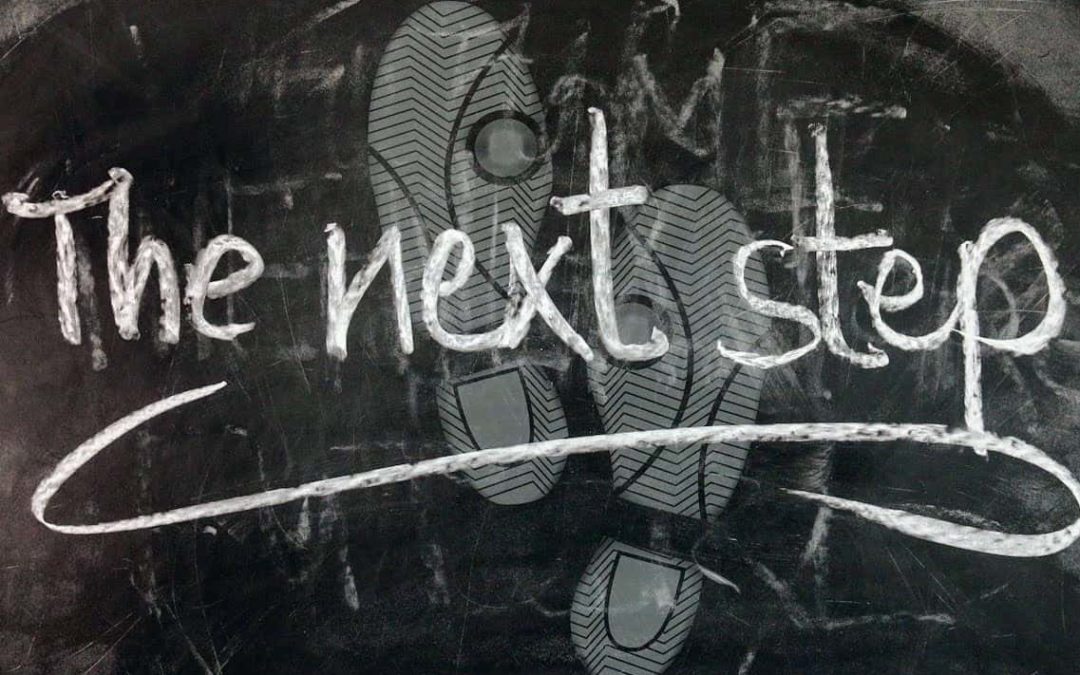 One of the most fundamental societal, indeed, human developments, in recent times is the emergence of people, many young, “transitioning” from their anatomical birth sex to some other sexual identity. As a result, that’s what the word “transitioning” has come to connote, at least to many in this country. At the same time, many in my generation are engaged in a different form of transitioning, albeit less dramatic–from all-consuming careers to retirement, whatever that means in today’s world. Indeed, when I ask friends what they’re up to these days a startling number of them tell me they’re “transitioning”–or thinking and worrying about it.

For several decades our lives and identities have been largely defined–and our lives often dominated–by our careers. Although the demands could be brutal, our jobs were interesting, and often exciting. Some of us were teachers, doctors, engineers, or lawyers, and some led talented teams or businesses. We were, or seemed to be, important–at least within our own professional spheres or minds. And for confirmation we had only to look at the annoying deluge of emails demanding our attention each day.

Now many of us are facing the end of that road–looking over the edge to what comes next. For some, moving on is voluntary; others are stung by mandatory retirement rules or other circumstances that truncated their careers.  But most of us still have a lot of energy, and here’s “the problem” we struggle with: What to do with your life when you have the rare luxury of being able to select your next chapter? What I’ve discovered–amidst pangs of guilt, because I know how fortunate I am–is that this transitioning stuff can be tough. And the more people I talk to, the more I realize I’m not alone. In fact, having discussed this subject with some of the people whose talents and careers I’ve most admired over the years, I’ve seen that it can be particularly difficult for those who have been extremely accomplished. They may have a harder act to follow.

Naturally, friends I’ve spoken with have had a range of attitudes toward, and approaches to, their transitions. For some, it’s been virtually seamless. They believe they’ve paid their dues and crave the opportunity to enjoy what they had little time for before: traveling, classes, projects, hobbies, and, for many, grandkids. Others, after devoting themselves to their business careers, feel driven to make a contribution to the public good and know how they want to go about about making their mark. Some want do both. Still others, including some known for their decision-making skills, agonize for years over their impending transition. They want to retire but feel they need to first have a plan–and then take years to come up with one. Some don’t love their jobs but, fretting that they don’t know what else they’d do, just keep on working until being forced out. After mandatory retirement, they may flounder for a while, telling friends they are “transitioning.”

My transitioning journey has been a hybrid. To some extent my hand was forced or, at the least, accelerated.  After working for 35 years at the same law firm in a career that was rewarding but all-consuming, I ran into a medical problem in 2013 that derailed me. I knew I’d be unable to resume working in any substantial way for more than a year, and it was questionable whether or when I’d ever again be able to handle the grueling schedule and extensive travel that were part and parcel of the job. But in my case, being jolted out of my comfort zone was something of a blessing.

Although I’d enjoyed my work, increasingly with the passing years, I’d always felt that I should be doing something else.  Having gone to law school intending to become a public interest lawyer–and having expected to practice at a large corporate firm for only a few years–I worried on and off throughout my 35 years at the law firm that I wasn’t making the contribution I should be. So, almost as soon as I got out of the hospital, I started to ponder, anxiously, what I would do once I’d recovered, as I assumed I would. In fact, apart  from occasional confrontations with my mortality, this was my biggest source of stress.

At first, I had delusions of grandeur: I would waltz into a leadership position at a major organization like the Soros Foundation or the ACLU. I felt dejected when I discovered that these hallowed institutions weren’t awaiting me with open arms and that my aspirations seemed unrealistic. This was all the more frustrating because my wife and I have a number of remarkably gifted and successful friends– federal judges deciding important cases, others running global companies, chairing  public company boards, or leading major educational or public interest institutions. Comparing myself to these friends triggered instant depression. It was against this backdrop that my transition “plan” began to evolve.

In actuality, what may now look in retrospect to have been a plan was more akin to trudging along an unmarked trail through a dark forest and then stumbling into a sunlit meadow. Having had no success aiming for the pinnacle of the public interest arena, I decided that my highest and best use would be to do what I could to help individual people, especially because over the years I’d found that with only modest effort I could make a real difference in the life of someone in need of help and support.

With the luxury of the time I’d never had in my former life, I began reaching out to people I respected in the public interest arena, asking questions, seeking advice, and following leads relating to causes to which I was drawn. When I met leaders of non-profit agencies that seemed to be doing great work I asked to visit their offices. And if I was impressed upon seeing their operations I volunteered to help–either as a pro bono lawyer or in a non-legal capacity. To my surprise, they welcomed my offers. Following those leads led me to unexpected opportunities and the makings of a new career.

After some twists and turns, I’m now devoting all my professional time–significant, but a fraction of my former hours–to pro bono litigation and non-legal public interest work. In addition to representing such deserving clients as incarcerated victims of domestic violence seeking parole, human trafficking victims, and a transgender refugee, I seem to have morphed into serving as a leadership coach for CEO’s and senior officers of nonprofit agencies and “double-impact” companies. Admittedly, I still wince on occasion when told what my friends in the law firm partnership are earning, but I’m thoroughly enjoying my new career, and don’t miss the old.

On the personal side, I’ve continued to tax the patience and ingenuity of my jazz piano teacher; taken courses and travelled more with my wife; and had time to read, write, play tennis, and fly fish far more than I ever could before. But the single biggest difference–and benefit–of my new life is simply time: not only time to get more deeply involved in public interest causes I could only dabble in before, but time to think, read and now write, about subjects unrelated to my job. According to Sir Arthur Conan Doyle, Sherlock Holmes never read the newspaper for fear that if he crammed his brain with all the daily news there wouldn’t be room left in there for the information that was important to his pursuit of Professor Moriarty and other heinous criminals. For decades, much of my limited brain capacity was consumed by my legal cases–at nights, on weekends, and vacations. I now have cranial room to ponder, and the time to act upon, a lot more.

All that said, my “transition” hasn’t been a smooth ride. I still get down sometimes if I drop my guard when listening to our superstar friends describe their work, and make the mistake of contrasting the grand stage on which they operate with the smaller one I’ve chosen or been relegated to. I fret when I come upon a day with little or no work scheduled. And a constant reminder of my new status–as it was for the old–are the dreaded emails. After spending years in a daily battle to fend off hundreds of them, I sometimes feel unimportant now that they’ve dwindled. I continue to check for new emails more than necessary. And I’ve learned that I’m not alone in this quandary. One of my former partners told me that to avoid becoming depressed at the paucity of her emails, she saves them up for several days until they amount to an impressive hoard–before erasing them.

Finally, I bristle when people ask how I like “retirement,” or if Melissa slips-up, forgets my sensitivity, and refers to me in passing as “retired.” Even after the firm threw me a big retirement party I instinctively jump to clarify that I’m not really retired–mumbling that I “withdrew” from the partnership and converted to Senior Counsel; that I’m working part time; or that I’m semi-retired. But sometimes I wonder: am I retired? Does it matter? And what does retirement even mean in today’s world?

So what do I make of all this commotion around “transitioning”? It’s now a major, ambiguous phase in the life of many Boomers, even if our challenges pale in comparison to those faced by individuals seeking to redefine their sexual identities. Everyone  goes about it in their own way. Some salivate at the prospect while others dread it. Some “just want to have fun,” to quote Cyndi Lauper, while others want to keep working and earning money or, like me, feel compelled to make a mark. Some need a plan in advance, while others need to just dive in and test the waters.

One consolation I can offer is that regardless of the various routes they’ve taken, most people I know who have “transitioned” and now look back are happy with their new lives and wouldn’t want to go back. After a multi-year roller coaster that will likely continue, I’m a member of that club. Despite the occasional lapses, I relish what I’m doing these days, never miss the commercial litigation work I found absorbing for so long, and recently passed on an invitation to be considered for the kind of “big” public interest role I originally coveted.  For those pondering “the Transition,” don’t let anyone tell you that there’s a right way to do it. And if you don’t have a plan–or your initial plan doesn’t pan out–have faith that once you step off the train and have the time to seek and then pursue the leads and opportunities that will emerge, good things will come.