The Communist Precedent for Republicans Buying the Stop the Steal Myth 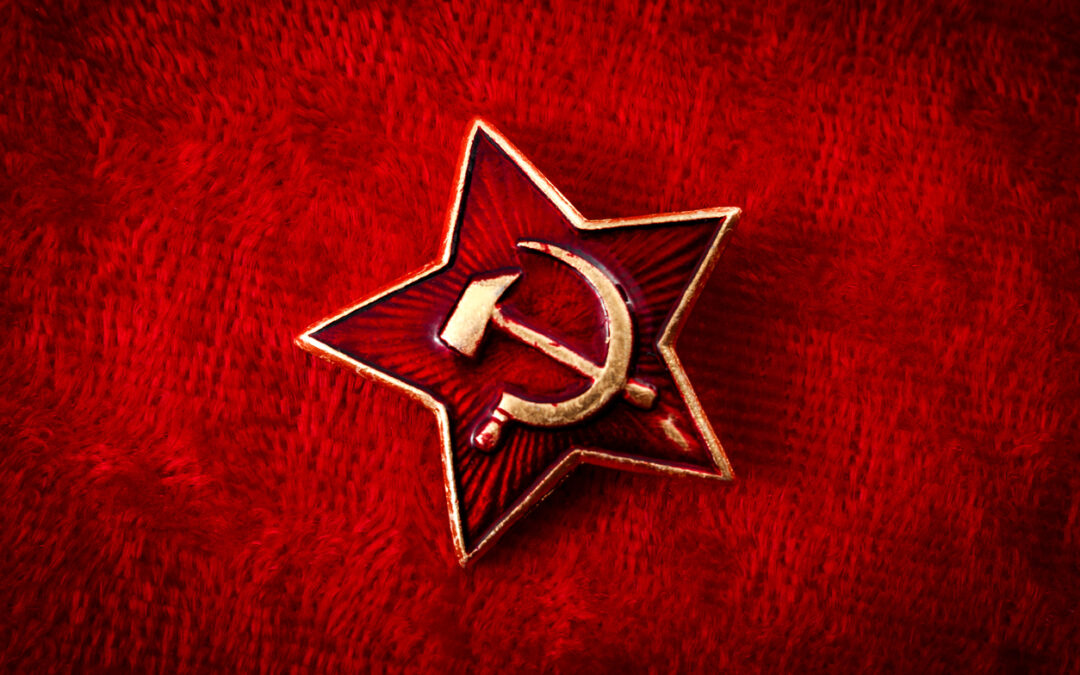 Many people have been amazed by polls indicating almost 70 percent of Republicans believe the lie promulgated by Donald Trump that the 2020 election was infected by massive fraud and stolen by Joe Biden, despite the complete lack of evidence and the abundant evidence to the contrary. Having recently delved into the history of the Communist Party in the United States, I’m afraid I may now understand it—as well as the only way out of the mess our country is in.

My grandfather, Rubin Schechter, joined the Communist Party in 1933.  At the behest of the Party, in March of 1937 he joined the Abraham Lincoln Brigade and volunteered to fight in the Spanish Civil War against Francisco Franco and his fascist allies, Hitler and Mussolini. He was shot in the arm in July and died of pneumonia a month later. A friend who also fought in Spain came home and married my grandmother, and the two of them remaining continued as loyal Party members until sometime after 1956.

When my grandfather joined in the early 1930s, the Party was in the vanguard of worthy causes that would hardly seem revolutionary today, advocating for a 40-hour workweek, unemployment insurance, and an end to child labor. The Party also played a leading role in opposing racism (including defending the falsely-accused Scottsboro boys) and, with Hitler on the rise in Germany, fighting fascism. Accordingly, it’s not surprising that idealistic young people like my grandparents joined the party during the Depression, or that almost 3000 Americans heeded the Party’s call to risk their lives in Spain. Many were well-educated and brilliant—writers, lawyers, accountants, and other professionals. Unfortunately, the western nations stood by and watched as the fascists decimated the Republican army attempting to defend the democratically elected Spanish government. World War II followed in short order.

Although many of the causes championed by the Communist Party in the 1930’s were admirable, the history of the Party beginning in 1939 is dark, and holds lessons for today. The American Party had at all times been controlled by the Soviet Union, which, under the firm grip of Joseph Stalin, had dictated its policies. In 1939, after having led the fight against fascism, Stalin suddenly reversed course and entered into the Soviet-Non-aggression Pact with Hitler. He ordered the American Party to abandon its antifascist policy and to cease supporting Hitler’s opponents. American Party members were stunned and confused. Many, if not most of them had family members or friends who, like my grandfather, had just been killed in Spain after heeding the Party’s call to arms. Nevertheless, the leadership of the American Party loyally obeyed Moscow, defending the Hitler pact with the ludicrous party line that it was a continuation of the Party’s prior policy. The membership dutifully followed.

The 1939 pact was just one in a mind-boggling series of policy flip-flops dictated by Stalin and justified with patently specious explanations. And each time, the American Party leaders and members suppressed their doubts and obediently went along, parroting the implausible party line. As I read a history of the American Party, I wondered how that happened: Why did so many bright and well-educated people continue, for two decades, to ignore facts and go along with the senseless policy reversals? After reading further, I stumbled upon an extraordinary autobiography, The Long Journey, written by George Charney, that provides great insight into how this happened, and sheds light on why so many intelligent Republicans are going along with the Big Lie that threatens our democracy today.

Charney, who happened to be my Grandpa Ruby’s best friend, also joined the Party in 1933, both of them drawn by the same idealistic compassion for those suffering during the Depression. He rose to become Chairman of the Party’s New York chapter and remained in the Party until 1958–two years after Nikita Khrushchev’s secret report to the 20th Congress of the Soviet Communist Party revealed that Stalin had been a mass murderer and that much of what party members had been told about the glorious accomplishments of the Soviet Union was false. In a searing, self-critical account, Charney looked back and asked how such intelligent people could possibly have submerged their doubts and blindly gone along with the party line for so long. Here are three factors he pointed to:

–The Party was an autocratic body—ruled from the top down.

–Party members were flooded with false propaganda that led them to reject any contrary facts as Anti-Soviet lies.

–The Party employed brutal discipline to ensure that no one would question, much less challenge, the party line. Anyone who attempted to deviate was excommunicated, disgraced, and ostracized.

As a result, Party members became compliant sheep—impervious to facts. Looking back, Charney had difficulty believing it: “How we, presumably intelligent people persisted in all these years in accepting and perpetuating this myth is beyond me.” But, as he also observed: “We had come to believe, and it is not easy to win a man from his convictions.”

It was not until 1956, after Stalin had died and details of Khrushchev’s secret report leaked out, that the spell over the American Communists was finally broken. Only when a credible insider—the USSR’s new leader—revealed Stalin’s crimes and fraud, did the American communists wake-up, as if coming out of a trance—and leave the Party in droves.

Which brings us to today’s Republicans buying into Trump’s Big Lie—and the Republican leaders afraid to publicly debunk the myth that the 2020 election was stolen. The political beliefs of these Republicans are obviously different from last century’s communists, but the dynamics driving their conduct bear striking similarities.

–Although in important respects not comparable, like the Communist Party the Republican party is under the control of an autocrat who has Republican office-holders and candidates living in fear.

–Trump excels at propaganda. He, Bannon, and their media allies have proselytized Republicans with an endless flood of false information, including baseless conspiracy theories, on the only channels from which many Republicans get “the facts.”

–Trump has employed strict discipline, taking action to primary, and more generally excommunicate, governors, members of congress, senatorial candidates, and even state election officials who have dared to defend the integrity of the 2020 election.

As a result, no one who these Republican voters trust is speaking out and, as with last century’s American Communists, many otherwise thoughtful Republicans have submerged their doubts and just accepted the Big Lie—impervious to facts, including even those concerning the January 6th attack on the Capital.

What will it take to get us out of this mess? I’m afraid the Communist precedent may hold  answers: Republicans subscribing to the Big Lie will not be persuaded by facts or logical arguments presented on CNN or in a report of the January 6th Investigation. Only credible messengers from within the Republican party will succeed in cracking the shell that has encapsulated Republicans. Indeed, as shown by the excommunication of Liz Chaney—a staunch conservative and the third-highest ranking Republican—at least for so long as Trump is alive it will probably take a group of “Khrushchevs” to convince Republicans to abandon the myth Trump has propagated. Whether that will happen before the integrity of our electoral process—and Americans’ confidence in elections—has eroded beyond salvation only time will tell. It took twenty-five years for Khrushchev to emerge. We don’t have that long.