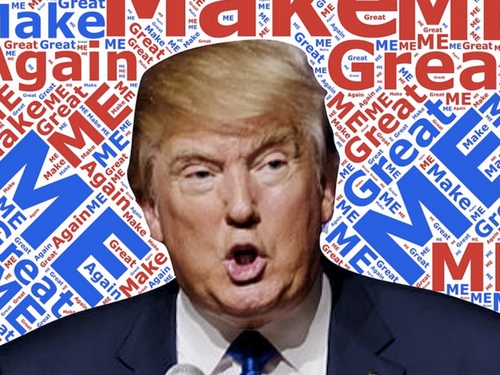 This is not the piece I set out to write.

The first four versions I pored over in the weeks following Donald Trump’s electoral college victory were all entitled A Democratic Optimist’s Forecast In the Age of Trump. This is an account of my miscalculations as to how the Trump Presidency would unfold and where they have left me and, I suspect, some other optimists.

I’m an avowed–some would say a hopeless–optimist. Given a bad situation in either business or life beyond my quick reaction is to move on and look for silver linings. Hence my reaction to Trump’s unimaginable win (remember the Saturday Night Live skit with Kate McKinnon and Hillary in the bar in which Hillary awakes from a dream and reacts with ecstasy when told she’ll be running against Donald?).

Like so many others, I was horrified that this country could possibly elect Donald Trump to shepherd us. Nevertheless, while some immediately took to protesting and others set to work plotting the opposition to Trump’s anticipated abuses, I adopted a wait-and-see attitude and looked for ways a Trump Presidency might not be as bad as many feared–and could even produce some good.

My theory and “Guiding Principles” went like this (quoting from my abandoned drafts):

I thought my Guiding Principles were compelling and that the prognostications I planned to make regarding several major issues based upon them were reasonable. I felt good about possibly offering a modicum of relief to friends who’d been mired in depression since the election. In fact, my main concern was that my observations were so obvious and well trod as to be trivial, if not worthless. Just as I was ready to push the publish button, however, Trump promptly proved a few of my prognostications wrong, sending me back to pare down my list of ways things wouldn’t be so bad–and so it went with each succeeding version that I whittled down further until virtually none of my reasons to be hopeful amid the expected rubble were left.

Here’s an update on my Guiding Principles as we approach Trump’s Inauguration:

My first one, alone, remains intact: Trump is the ultimate narcissist who cares first and foremost about himself.

Trump demolished the second Guiding Principle almost immediately. Rather than making any effort to provide some comfort to the majority of American voters who had voted against him, many of whom felt personally threatened by his presidency, Trump did the opposite: He doubled down on his rabid campaign by naming Steve Bannon as his Chief of Strategy. The Bannon appointment was followed in short order by the appointment of Jeff Sessions as Attorney General–underscoring that Trump had little regard for the glaring racial discrimination in the criminal justice system laid bare in so many cities in 2016 alone. Most of Trump’s succeeding appointments followed suit.

On the foreign policy front–where most Americans and the rest of the world were horrified at the notion of Trump’s finger on the nuclear button–Trump again doubled down, selecting Michael Flynn as Head of National Security. Flynn is widely reputed to be hot-headed, with disdain for inconvenient facts and dissenting views.

Trump also made short work of my third Guiding Principle–that he’s not really a Republican. With the exception of his stated ideas for Infrastructure investment, Trump has again doubled down and gone hard right. Perhaps most amazing, at least to late night comedians, was his appointment of Rick Perry to head the Department of Energy Perry had pledged to eliminate after recovering from his famous debate memory lapse. But Trump’s selections to lead the EPA, Housing, and Education were also unsettling.

Finally, I fear my fourth Guiding Principle–that Trump won’t be able to deliver on some of his most insidious campaign promises–also may not fare well. I had planned to predict, for example, that despite his pledges to repeal Obamacare, when push came to shove Trump would merely tweak and rebrand it with the gilded Trump name. While the future is uncertain, as vague potential healthcare “fixes” are now being floated, Trump’s selection of Tom Price as Secretary of Health was ominous. Likewise with respect to immigration, while I remain doubtful that Trump’s vaunted wall will actually be built, much less paid for by Mexico, undocumented immigrants and Muslims, among others, have every reason to be afraid.

Finally, already dispelled is any notion that this 70 year-old demagogue would undergo a lobotomy once elected, conduct himself in a controlled and “Presidential” manner, and prove wrong the majority of Americans who believed he was temperamentally unfit to occupy the White House. Here as elsewhere, he has doubled down on his impulsive, irresponsible campaign behavior, taking to Twitter to vindictively attack anyone, especially in the media, who offends his thin skin–and now to threaten to instigate a new nuclear arms race.

What the Trump Presidency will mean for the country has become painfully clear: It will be as bad as so many Americans feared.

At the risk of sounding melodramatic, the Trump administration will, on multiple fronts, pose the greatest internally-generated threat to our country–and the safety of others throughout the globe–dating back far beyond my 64 years, and the sternest test since the McCarthy era of the institutions that have served to protect our constitutional democracy.

Will the Trump Presidency bring about any good over the next four years? Certainly. Trump is smart; knows how to make deals and get things done; and is obsessed with winning. And he has a lot to shoot at. There obviously is enormous room to fix and improve upon things–including Obamacare–as well as places where disruption of the status quo and rethinking the tried ways of Washington would be healthy for the country. But Trump’s reckless brand of disruption will carry enormous risks in an arena where some risks can be intolerable because, regardless of how Trump may brashly calculate the odds, the consequence of failure will be catastrophic. Although not the only example, none illustrates this more vividly than the potential consequences of Trump’s cavalier nuclear arms escalation threat. Unlike his prior losing business gambles in Atlantic City and elsewhere, the consequences of his failed ventures going forward will not be limited to a few additional commercial bankruptcies that leave Trump employees, creditors, students and partners in tatters.

As we’ve already seen, Trump’s actual and purported triumphs will be broadcast with the bombast, repetition and disregard for the truth that carried him to victory–now using the Presidential megaphone. All this at a time when the media–a traditional bulwark against the abuse of power–has been neutered in the eyes of so many Americans by Trump’s attacks, the polarization of news channels, fake news and by the media’s own missteps.

These last six weeks have affected me personally in two ways: I’m no longer looking for silver linings or waiting to see what happens. I’m committing to use my litigation experience to help combat Trump’s inevitable abuses.

And on an even more personal level, my journey of miscalculations has, at least temporarily, shaken my confidence. My wonderfully sarcastic son Tommy has been known to say: “Dad–you’re always optimistic; but you’re always wrong!” While I’ve always laughed at his line, my misjudgements of Trump have caused me to consider whether Tommy may be at least partially right. To ask myself whether my optimism–which generally serves me well–is sometimes just wishful thinking that defies the handwriting on the wall.

Donald Trump won’t break my optimistic soul, just as his demagoguery hopefully will only dent but not break this country. And if I can remember to occasionally pause and question my perhaps overly confident optimism, perhaps I’ll be at least a little bit wiser for it. And perhaps that’s a little something I can be mildly optimistic about.