Trump And The Popular Vote 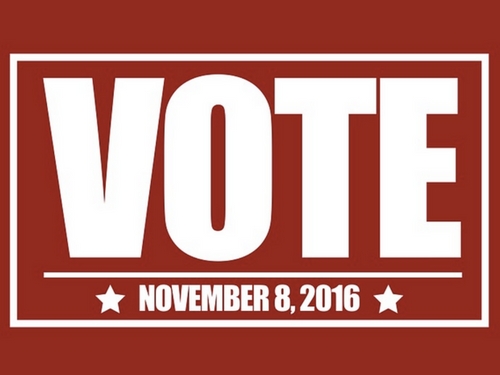 To my friends who’ve said they won’t vote for Hillary Clinton:

Each of you has made it clear that you neither like nor admire Donald Trump. Even before the recent headlines concerning his mistreatment of women, none among you felt able to say that you would look forward to a Trump presidency.

That said, each of you has also said that you don’t trust Hillary and/or that you “can’t stand” her.

And what prompts me to write now is that each of you has said that regardless of how bad Trump is, you will never vote for Hillary Clinton.

I first heard most of you say this at an earlier time when Trump’s candidacy was a joke and no one believed he had a meaningful chance of winning the Presidency. And many of you live in New York where Trump’s chances of winning the state’s block of electoral college votes is minuscule, indeed, nonexistent.

Accordingly, stating your intent not to vote was a mark of independence and principle. I’m writing now because things have changed, and even for those of you in New York, California, or other “blue” states, the issue is no longer so simple.

So, what’s changed – and why is it important for you to rethink things?

It’s about the Popular Vote, and what will happen if Trump loses the electoral college but wins the Popular Vote or loses by only a small margin – a plausible scenario if too many of you stay away from the polls.

I could be wrong but, having a good sense of your values, I suspect that if you were told that you had to cast the deciding vote that would determine whether Donald Trump or Hillary Clinton would serve as our President, you would conclude that even if you don’t trust or “can’t stand” Clinton, Trump is equally if not more dishonest and untrustworthy, and that he is totally unfit, as a matter of temperament and substance, to serve as President of the United States.

Accordingly, you would very reluctantly vote for Clinton to avoid a dangerous Trump presidency. I won’t detail the many reasons why I believe some of you would conclude that a Trump presidency must be avoided, but will refer you to the Atlantic Monthly’s recent endorsement of Clinton – only its third since the Atlantic’s founding in 1857.

The Atlantic declared that Trump “might be the most ostentatiously unqualified major party candidate in the 227-year history of the American Presidency.”

I would also suggest that if you look back in history at our past presidents quite a few would have flunked the “Trustworthy/Honesty” test if subjected to the glare of today’s media. Just one example is Lyndon Johnson – the Atlantic’s second endorsement – in his contest with Goldwater; its first endorsement was Abraham Lincoln in 1860.

Now, we all know that my hypothetical is completely unrealistic. None of you will have the “privilege” of casting the deciding vote in this distasteful but critical election. We are not living in the small town of Poland, Maine, where our family has a house in the woods and where word has it that an election for Town Selectmen a number of years ago was decided by three votes. (Those who didn’t vote were subject to the disdain of their neighbors.)

But here’s what we also know: Donald Trump will be a bad loser.

Before the first debate, he proclaimed that the only way he could lose would be if the election were rigged. When asked at the debate whether he would respect the outcome of the election, he responded without hesitation that he would do so. Not surprisingly, it didn’t take him long to back off that assurance.

When later asked the same question posed at the first debate his answer was: “We’ll see.” Last week, he falsely charged that illegal immigrants are flooding into the country so they can vote the next day, and with each passing day he is intensifying his attacks on the legitimacy of the election.

So, there is little doubt that what we will see and hear if Trump loses are claims that the election was rigged. And if he happens to win the popular vote or lose it by only a small margin, Trump’s cries of foul will be infinitely louder, and will ring true to many of his supporters.

When the Supreme Court ruled 5-4 that George Bush was entitled to Florida’s electoral votes and was therefore the winner of the 2000 election despite Al Gore’s having won the popular vote, Gore stepped up to the plate and affirmed his respect for the result. In acknowledging Bush’s right to serve, he validated our system of government. Richard Nixon did the same in 1960 when he could have demanded a recount given Kennedy’s razor thin margin of victory and the suspicious circumstances surrounding the voting in the key states of Illinois and Texas.

Donald Trump will not do that. And, beyond the frightening prospect of a Trump presidency, the damage resulting from his violent attacks on the legitimacy of the U.S. electoral process could be serious and long-lasting. Whether any one of you votes will obviously not determine whether Trump wins the popular vote.

But there are a lot of “you’s” out there banking on the assumption that in a country of hundreds of millions, and especially in a state like New York, your vote – or not voting – won’t matter.

That’s the “math” that produced both the Brexit and recent Colombian election results. And it now threatens to produce what most – including those who say they won’t vote for Clinton – recognize would be a debacle that either puts Trump in the White/Trump House (he puts his name on everything he gets his hands on) or undermines the legitimacy of our Constitutionally ordained electoral process.

The bottom line is that, as Tom Friedman wrote this morning, it’s important that Trump not only be defeated, but that he lose the popular vote very decisively to undercut his cries that the election was rigged and stolen from him.

So, please don’t stay away from the polls or waste your vote on either a third-party or a write-in candidate. Rather, my hope is that you can pretend for one day that you live in Poland, Maine and that you will be casting the deciding vote on November 8. Think hard about the two candidates’ fitness to serve as our President and Trump’s dangerous tactics and then as difficult as it may be for you, pull the lever for Hillary Clinton.