My Funeral Playlist – And What To Do About Thunder Road 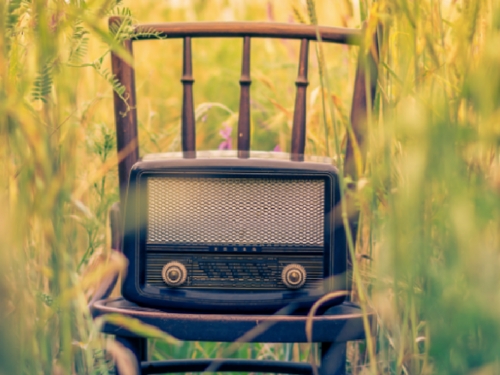 Part of me thought it wouldn’t be so bad if it all ended now. I’d had a rich 61 years – a wonderful wife and kids, a great career with the same law firm for 35 years, wilderness, camping, and fishing adventures ranging north of the Arctic circle, and a bevy of true friends.

So, within weeks of being diagnosed with a potentially fatal cancer, I set to work planning my funeral service.

Riverside Chapel – the home of every New York City Jewish funeral I’d been to for 40 years save one; the place sent a chill through me whenever I’d walked by it on Amsterdam Avenue. I knew that’s where I’d wind up, even though my only connection to a synagogue had been as a member of the Hebrew Center’s youth basketball team in Dobbs Ferry.

I could see my friends in the pews – I could see them crying, and as I did I cried to myself.

It was like planning a party – a bon voyage party. I knew the kind of affair I wanted…

Warm and uplifting. With unavoidable sadness, no doubt, but not a sad occasion. I wanted people to leave feeling good to the extent possible.

One difficulty was that I couldn’t decorate the place – Riverside would be the somber funeral home it was; and I couldn’t walk around greeting and chatting with people as they imbibed drinks and food as I’ve done at our annual party the night before Thanksgiving. I could have indicated a few people I wanted to have speak, but I couldn’t put words in their mouths.

So I agonized over the music. The music would set the tone for my party; it would speak for me; it would be my parting farewell and leave those I loved with a sense of me and how I wanted them to feel about my death and the days beyond.

Many issues quickly presented themselves: most obviously, which pieces, from among the hundreds I loved – folk, rock, jazz, classical – would be right for the occasion and the mood I hoped to create? How many could I pick – without running the risk of subjecting my friends and family to an interminable DJ show? What order to put them in?

I started making the list, and ultimately decided I could get away with 8-10 songs, spread among the time people waited for the service to begin, program interludes, and the recessional. Many of the songs dealt with life’s changing seasons – the Lion King’s apt “circle of life”; the passing of a life after having been loved; and the fact that the future (without me) would be ok – and good.

Aside from my difficulty cutting down the list to fit within the limit I’d set, what bedeviled me most was what to do about Bruce Springsteen’s Thunder Road. The lyrics just didn’t seem to fit with the rest of the “program”, and it certainly wasn’t your typical funeral service music.

But I loved the song and the uplifting feeling of the unknown road that it evoked in me. And so, after much internal debate, I just decided to include it.

I sent my list of songs in an email to Melissa, with instructions that my friend, Tom Glocer, should be in charge of the music – since, by her own admission, Melissa’s definition of music was something that interfered with a good conversation. I indicated the versions of each song that I wanted, with a request that one of them be performed by two of my best friends from college if they were up to it (for Thunder Road I picked Springsteen’s rarely-played solo piano version).

And then, following some good advice from another friend, who’d survived a serious bout of cancer herself, I decided to abandon the notion that it would be ok if it all ended now.

I ceased my funeral planning and decided to dig in and fight.

And despite some subsequent episodes, including an emergency pulmonary embolectomy (open-heart operation), things have gone well. I never did cut down my list to 10, decide on the batting order, or figure out where to put Thunder Road. (I toyed with whether it might be good for the Recessional).

In any event, here’s the list I’d come up with. If others don’t think I’m crazy, I’d love to see what’s on your lists.

What would be your parting farewell to the friends and family you love, and who love you, when you can only set the mood for your party and say good-bye with the music you love?

11. I Shall Be Released – (Dylan) performed live by Lark Madden and Annie Wilson , if they can do it